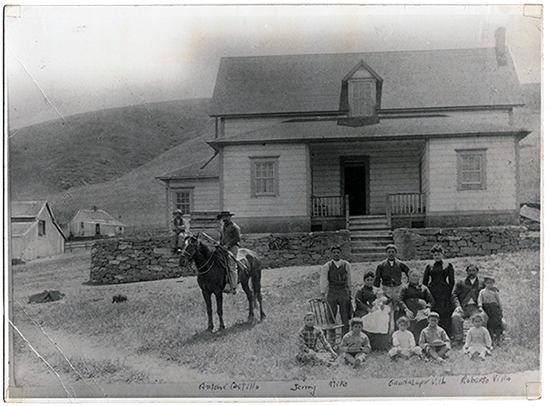 The Old Packard Truck at work in Cayucos 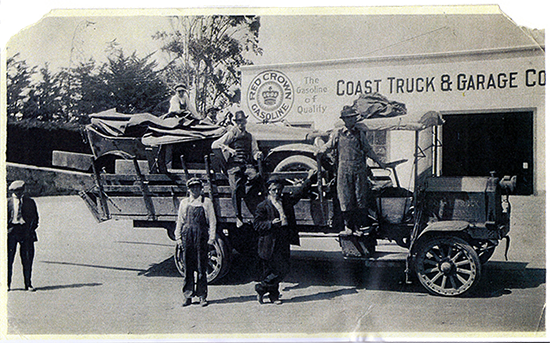 “I am sixth generation Californian, unless you count my Salinan Indian roots. My grandfather Roberto [Villavicencio] changed our family name to Villa and married Guadalupe Higuera, of the family Higuera Street is named for. They struggled to hold onto the rancho during the drought in the 1800s. He lost the rancho, but he continued on and opened a trucking business with his son, my father, Frank—Coast Trucking & Garage. They also built a new home in Cayucos. The trucking company trucked milk from ranches along the Cayucos coast to creameries like Harmony Dairy in SLO.” – (Arlene Zanchuck) 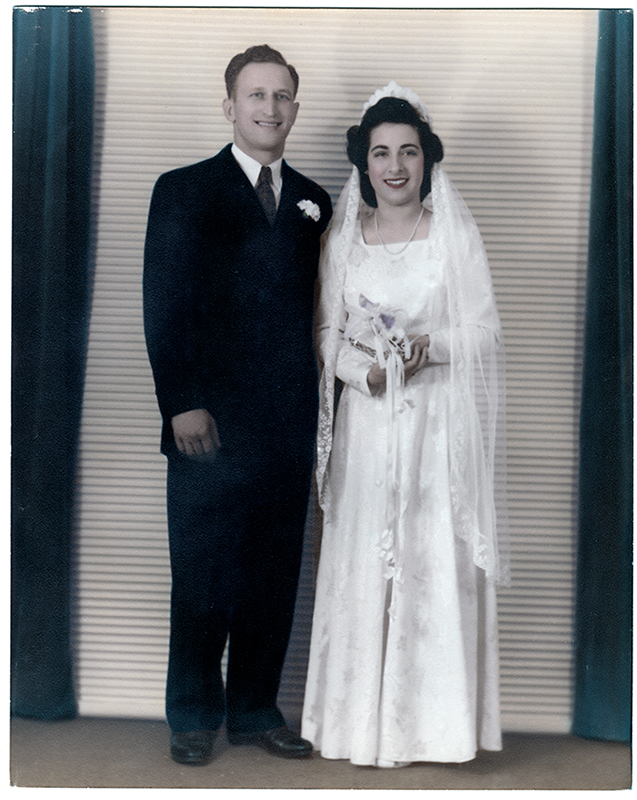 After World War II, Arlene with her husband, William “Bill” Zanchuck, built their own home next door to her parents.

“We were engaged only five months. My wedding was very simple and I made my own dress. We married at the Mission downtown. Bill was just out of the service so we had little money for a reception, which cost us seventy-five dollars at the Anderson Hotel.” –(Arlene Zanchuck)

Arlene and William were able to fund the building of their home under the provision of the G.I. Bill which offered low-interest, zero down payment home loans for servicemen. 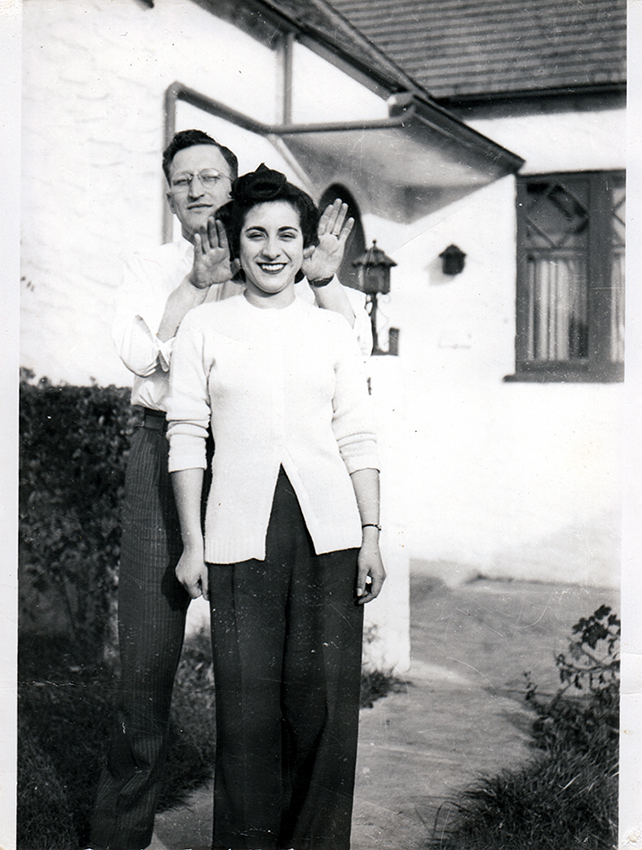 As Mexico gained independence from Spain and the missions were secularized, land previously owned by the missions was granted to individuals. Arlene’s great-grandfather, rancher Rafael José Serapio Villavicencio, was the original grantee for the Rancho San Geronimo Mexican Land Grant. After his death, the rancho was passed onto his son, Roberto Villavicencio, who continued ranching until the mid-1860s. Arlene’s father, Frank, was Roberto’s youngest child in a line of ten children.

Arlene’s father, Frank Villa, and his Swiss-Italian wife, Cora Pedrotta Villa, moved from Cayucos to San Luis Obispo in the early 1940s, before World War II. The move was prompted by the loss of Frank’s ranching job. With Arlene’s encouragement, they bought their home at 24 Mt. Pleasanton, now Chorro Avenue in San Luis Obispo.

“There was a demand for housing during the war [World War II] because the servicemen had wives with them and they needed places to live. So, Mom and Dad would rent to the soldiers and the student aviators at Cal Poly.” –(Arlene Zanchuck)

After World War II, Arlene with her husband, William “Bill” Zanchuck, built their own home next door to her parents.