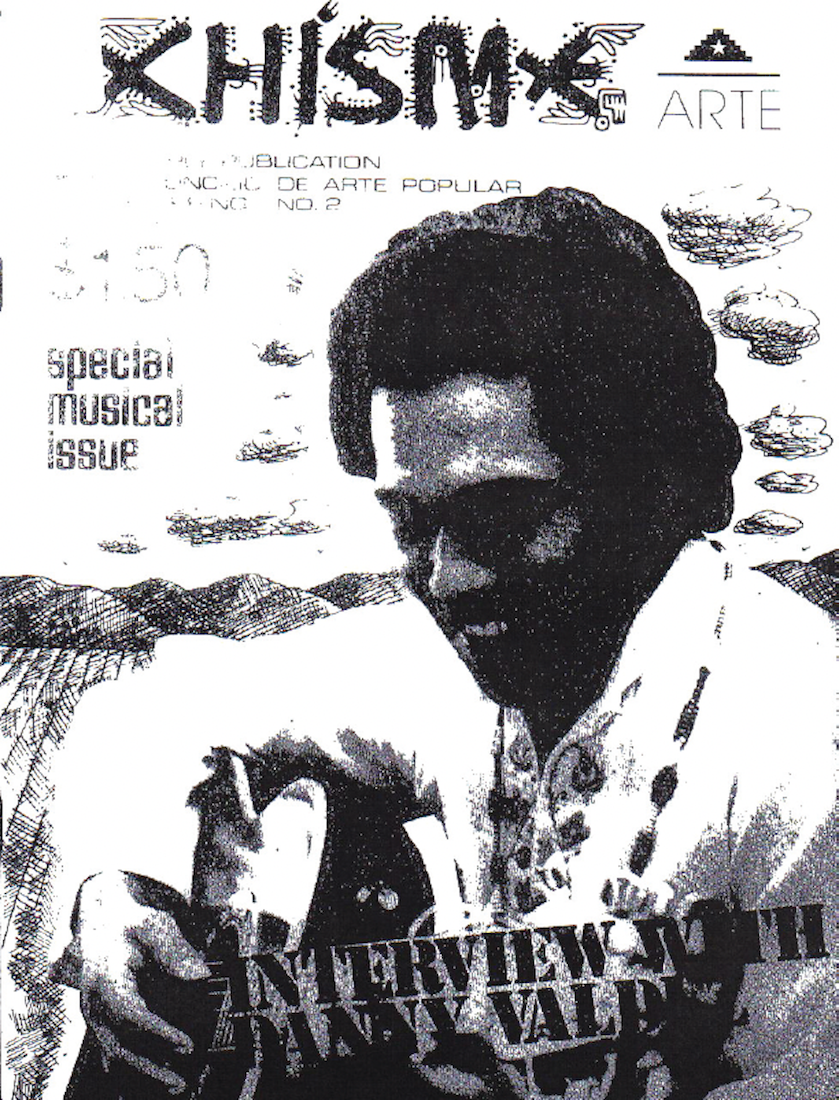 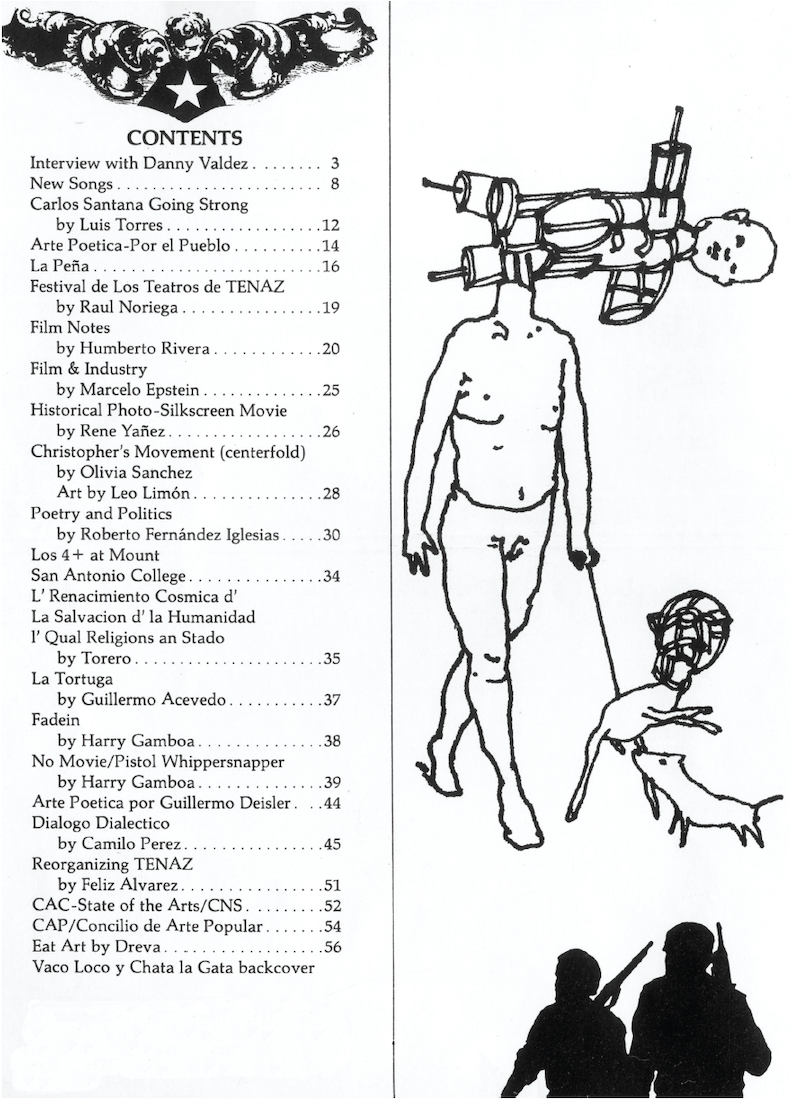 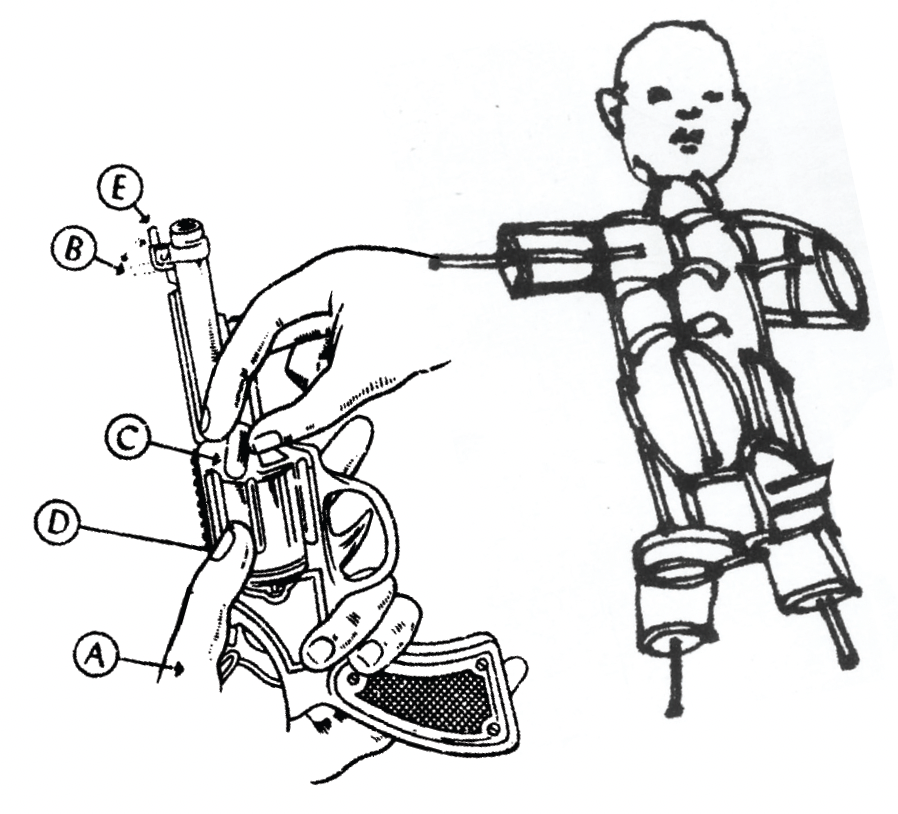 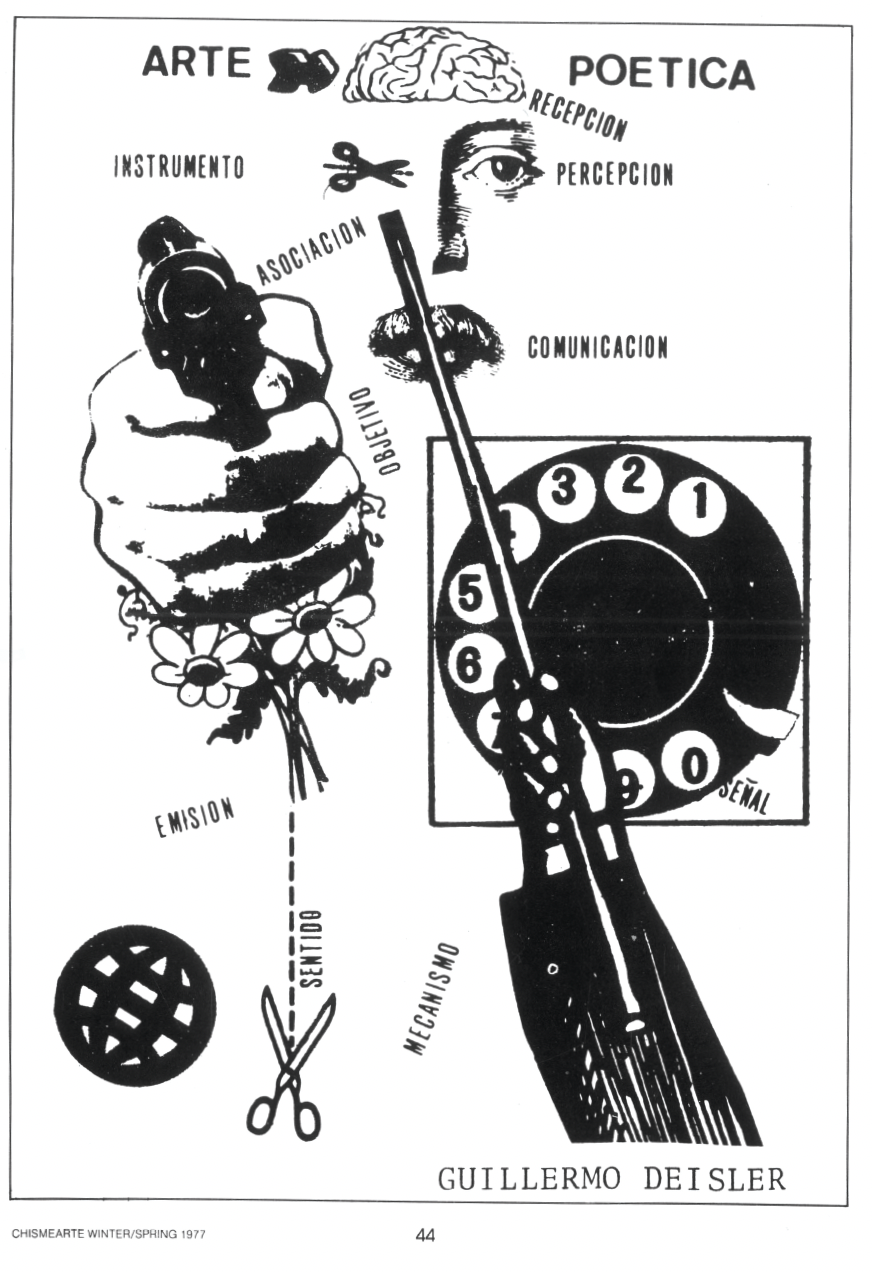 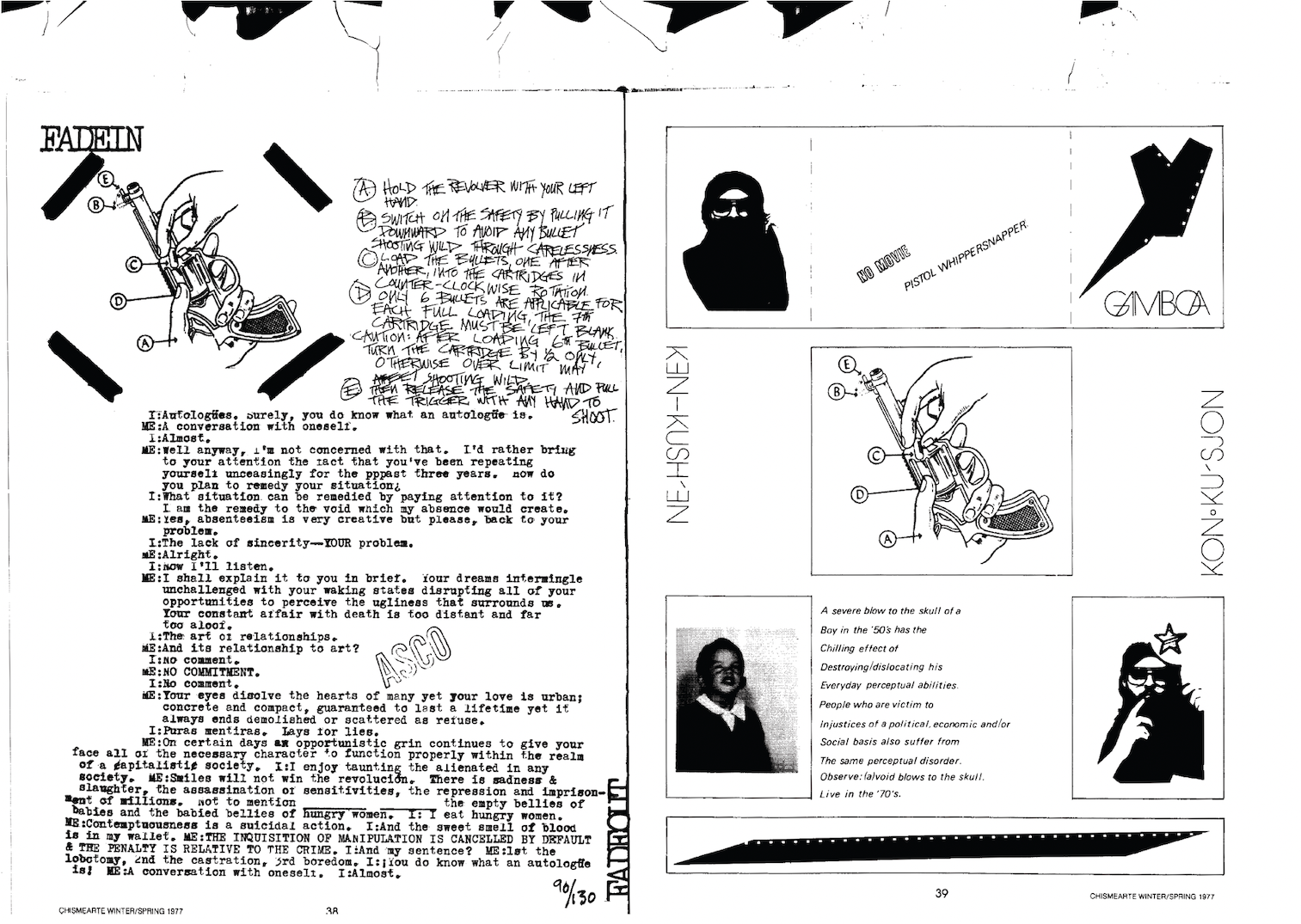 “Harry Gamboa Jr. was born in 1951, the first of five children born to Harry T. Gamboa and Carmen Gamboa, a working class Mexican American couple. He grew up in East Los Angeles California, an urban area tormented by poverty, violence and racial conflict. Despite these surroundings, the inadequacy of the East L.A. public schools and his parents’ lack of education, Gamboa was encouraged to value education and did fairly well in school. As a teenager he was active in community organizations and politics. As a student at High School (graduated 1969) Gamboa was active in student government and as an organizer of various student-initiated reforms, most significantly the 1968 “East L.A. Blowouts” a series of protests against the inferior conditions of public schools in poor, non-white areas.

Gamboa’s extra-curricular activities were not, however, limited to politics. Already a developing artist, it was at Garfield High that Gamboa met Gronk (Glugio Nicondra), Patssi (then Patsy) Valdez and Willie Herrón, three of his closest associates in his later career. After the “Blowouts,” for his final year of high school, Gamboa dropped out of the political scene in order to dedicate himself to his education. Thanks to these efforts and with the help of the Equal Opportunities Program (EOP) for disadvantaged minority students, Gamboa was able to attend California State University at Los Angeles. From this point his career as an artist -both solo and with Gronk, Valdez and Herrón in the art collective ASCO (Spanish for nausea)-took off.

Gamboa’s work as a writer, photographer, film-maker, performance artist and multi-media creator of “things” is diverse, but in all his efforts (including those as a member of ASCO) his focus has been to reveal the absurdity of urban life and to confront both the dominant white culture and various perspectives within Chicano culture, pointing to the pain and alienation caused by both. This is often achieved by altering the media of the art itself, as opposed to just the subject matter. Gamboa’s most significant works include mail art of the 1970s, ASCO’s “no movies,” the “urban opera” Ignore the Dents and Jetter’s Jinx.”