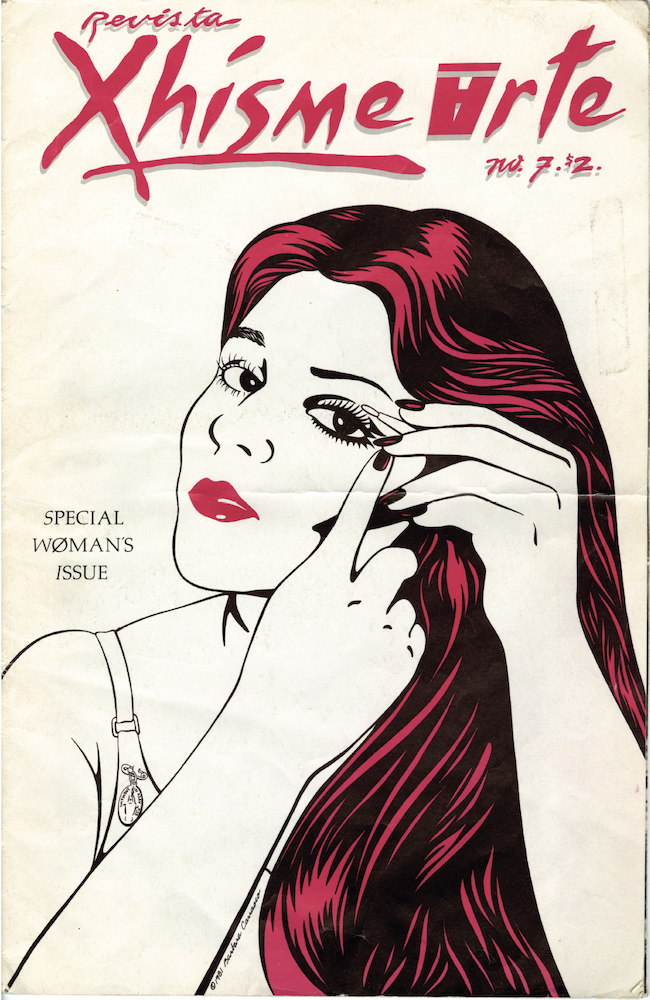 A leading California archive describes Carrasco as “a painter and muralist in Los Angeles whose work has been important in the development of Chicano art, U.S. contemporary political and public art, and women’s cultural production. Between 1976 and 1991, Carrasco worked closely with the United Farm Workers, producing graphic arts, banners, and murals that were an integral part of the union’s activities.”

In addition to its social justice and anti-racist themes, her work challenged male domination in the Chicano art field, advocacy that led to collaborations with John Valadez and Carlos Almaraz. In the 1980s, she battled the City of Los Angeles, which refused to exhibit her portable mural “L.A. History — A Mexican Perspective” a rendering of which appeared in the “201” issue of ChismeArte.