Back to ¡Y Que!
Next Exhibit Item →

ChismeArte can trace its graphic and literary influences to a pair of magazines with distinct visions of Chicano urban experience. 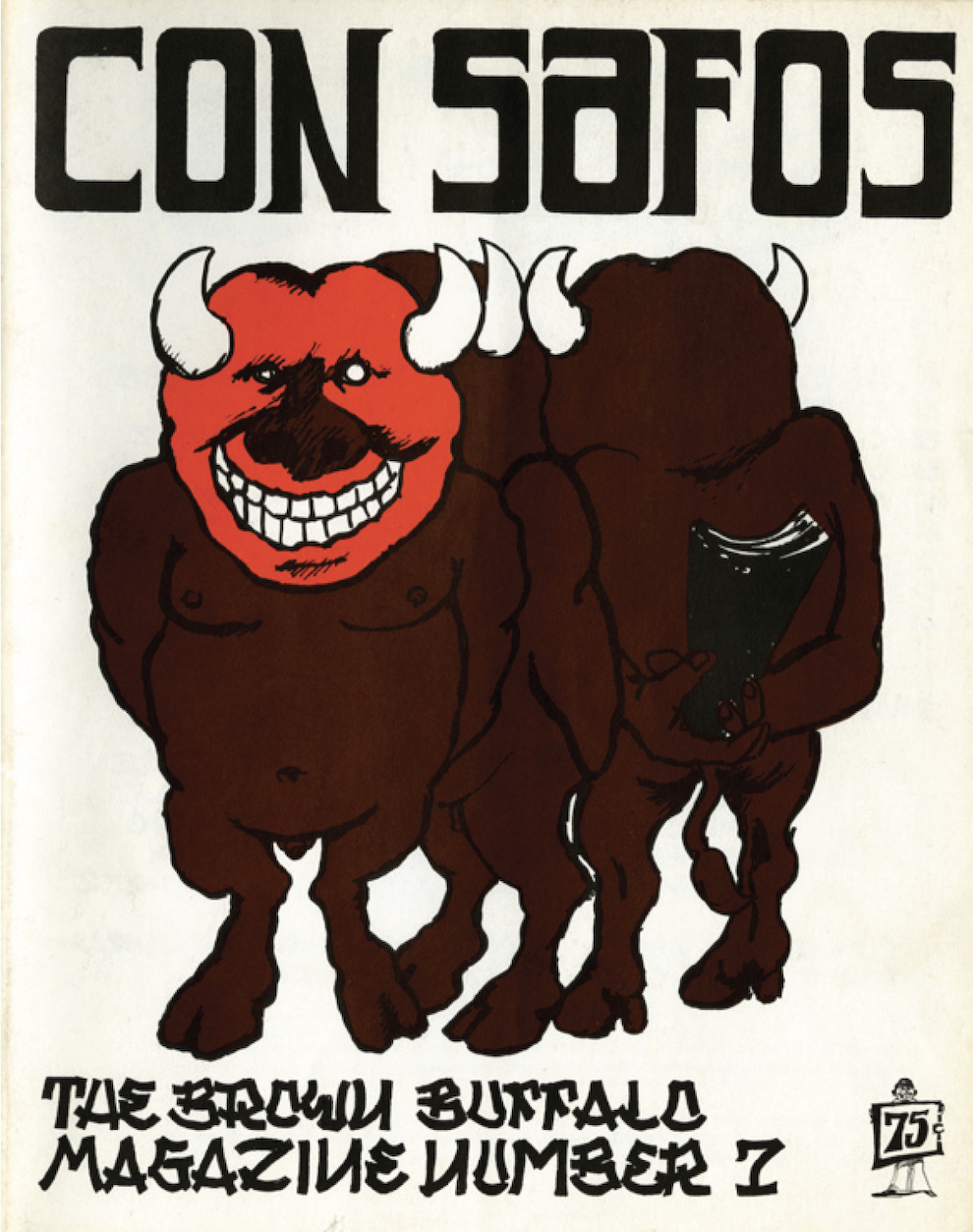 Con Safos, founded in 1967 by a group of East L.A. authors and artists, took its name from the Caló word with which Pachucos signed their placas, or barrio wall writings, to warn readers that any attempt to deface it will be punished in kind. Its editors used the term to express a defiant “rejection of ‘American Identity,’” and to assert a new “a definition of Chicano identity.” One of the magazine’s most popular features, the “Barriology Exam,” writes Raúl Homero Villa, “tested readers’ knowledge of barrio traditions and culture, with the highest scores earning a ‘Ph.D. in Barriology.’” The exclusive serialization of Oscar Z. Acosta’s, The Autobiography of A Brown Buffalo, represents the magazine’s biggest publishing coups. 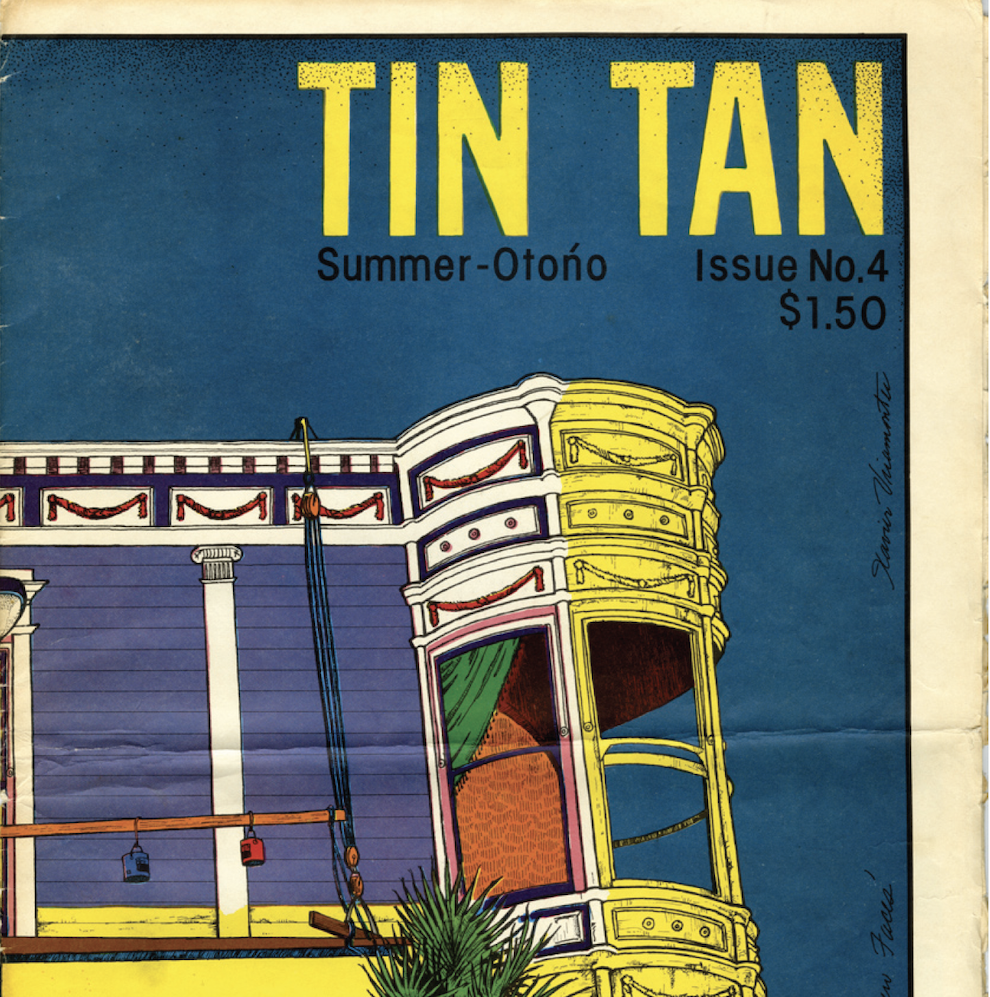