Wars threaten to unmake worlds. Living in times of war can mean a loss ‌of normalcy, security, or a sense of home, if not the loss of lives. In navigating these real or seemingly imminent losses, one finds solace in another’s act of reaching out with a dance or a letter—acts that remake a world where humanity still reigns. Japanese Americans experienced a particular unmaking of their community when they were interned during the Second World War. They lost not only their civil liberties but also their homes, their forms of livelihood, and the communities they built over the decades prior to the war. Men and women serving in the war, along with their loved ones, lived in fear that they may never see each other again. Or, if they did, the returning soldier might not be the same given the traumas experienced in war. As a part of a collective wartime effort, many individuals tried to boost the morale of service men and women, as well as support the families who lost their loved ones. 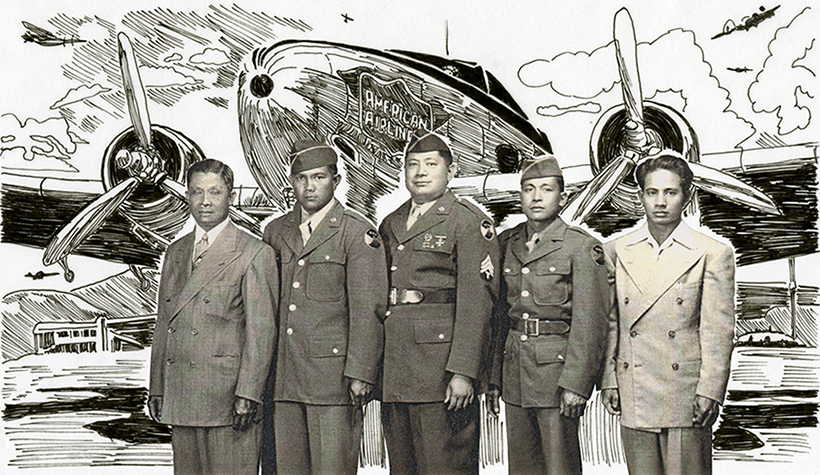 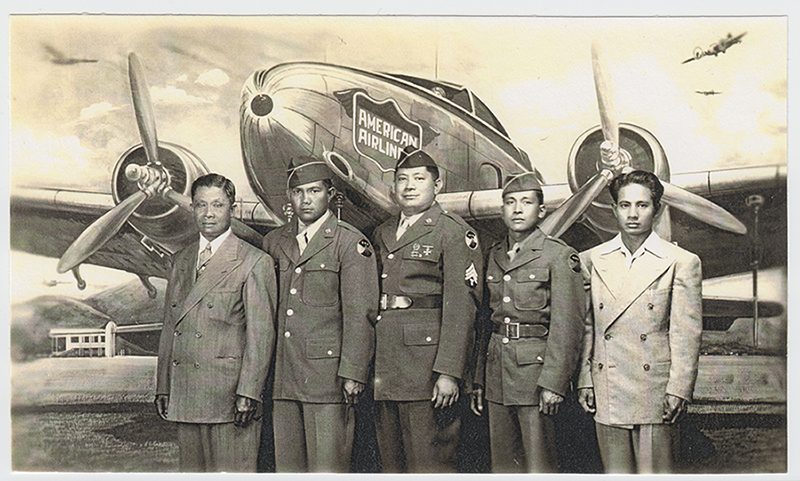 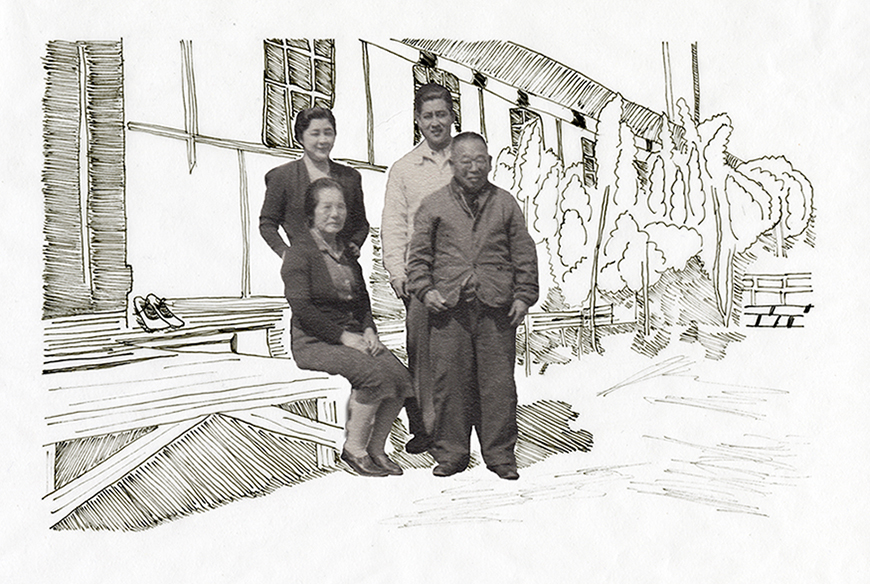 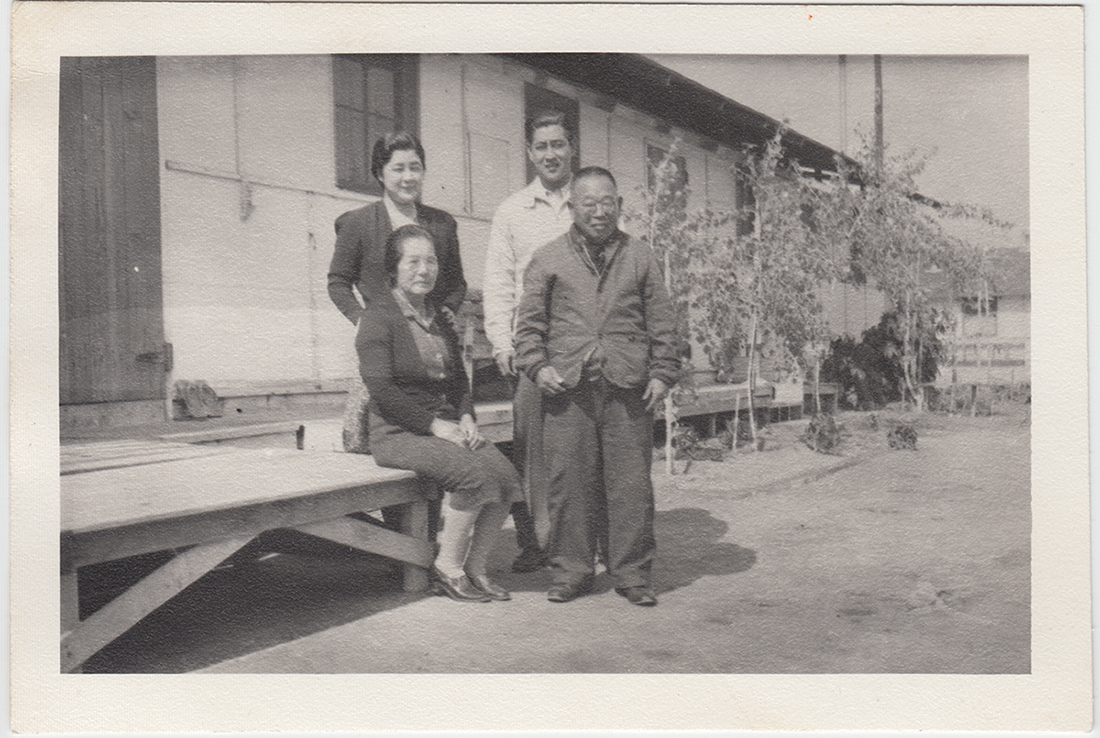 In addition to the trials of being interned, Japanese Americans faced challenges to family and community bonds. After the U.S. Government allowed volunteer enlistment from the camps and reinstated the draft for Japanese Americans, many internees inevitably endured the loss of their loved ones.

More than half of the internees who were relocated to the civilian camps operated by the War Relocation Authority were American citizens. However, there were also thousands of Issei, or Japanese immigrant, men who were rounded up immediately after the bombing of Pearl Harbor and held at military prisons, separate from the internment camps such as Manzanar. Not one was charged with espionage or sabotage, and yet they remained separated from their families because the military considered them a high security risk.

Ken Kitasako, Stanford graduate and internee at Gila River Internment Camp, wrote letters on behalf of separated families. These letters asked the U.S. Government to allow the men interned in military prisons to return to their wives and children. Kitasako helped reunite the Makino family of Guadalupe, California. Hiroshi Makino was first taken to Fort Lincoln Internment Camp in North Dakota. He was later transferred to the Lordsburg Internment Camp in New Mexico with other Japanese internees, as well as, Italian and German prisoners of war. Makino’s wife and children were detained at Gila River, in the euphemistically named “Relocation Center.” 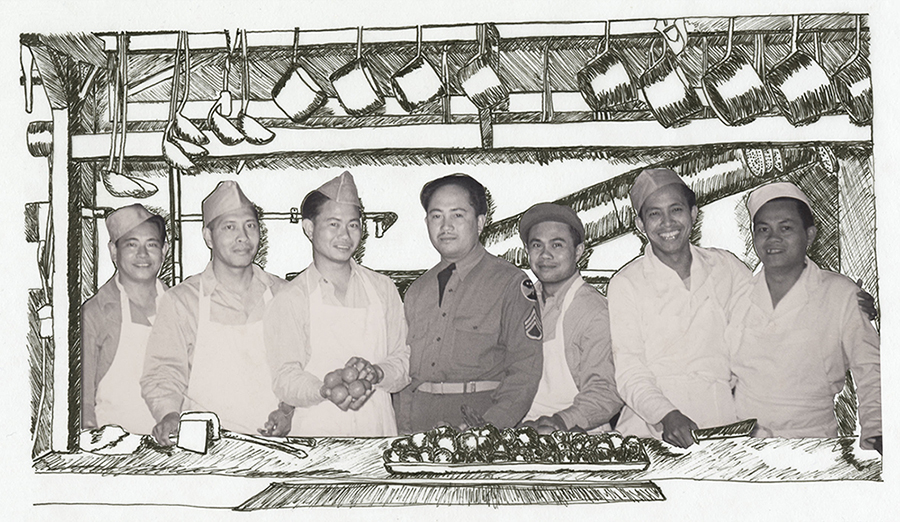 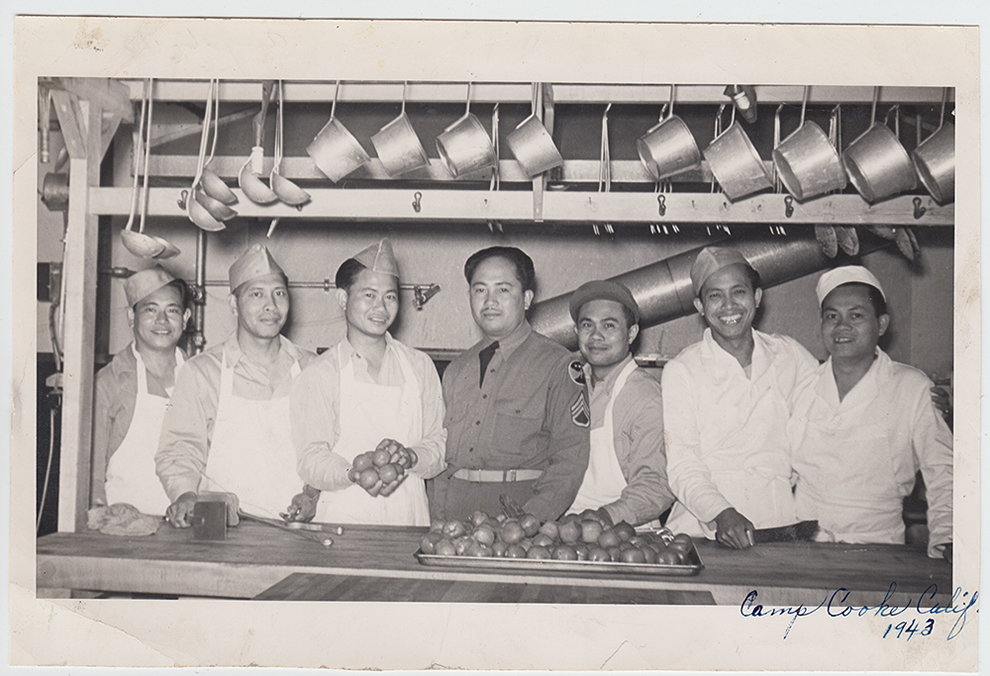 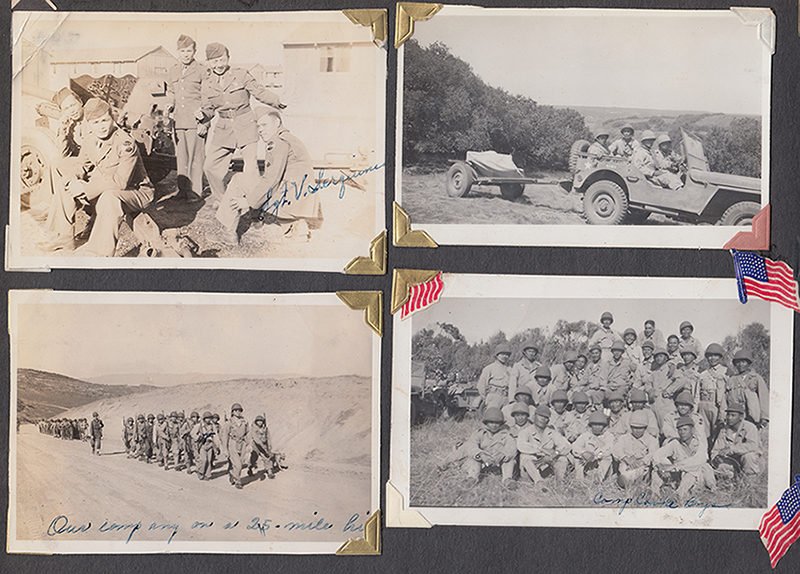 War also meant that men and women in the armed services sometimes made the ultimate sacrifice. Leo Kikuchi fought with the 442 regiment—the segregated Japanese American regiment. Many of these men were drafted out of the internment camps to participate in some of the fiercest frontline battles. Combined with the Japanese American 100th infantry battalion from Hawaii, the unit became the most decorated one in U.S. history for its size and length of service. Kikuchi lost his life in action in Italy, leaving behind his wife Susy and his two young sons. Susy described the depression she experienced and then the struggles to stay strong to support her two young children as a widow. After leaving the internment camp, she was offered work and a place to live from a woman that had started writing her letters. This friend was part of a group that wrote to war widows to support them through their loss.

When war broke out, Filipinos in the U.S. enlisted en masse. Nearly one-third of the Filipino male population joined the military, and the First Filipino Infantry was activated in San Luis Obispo on April 8, 1942. Following the attack on Pearl Harbor on December 7, 1941, Japanese forces also bombed the Philippines. Filipino enlistees in the U.S. felt the duty to defend both of their homes.

Since the U.S. colonized the Philippines in 1898, Filipinos were recruited as stewards and mess boys in the U.S. Navy. After World War I, Filipino enlistees were restricted to these ranks, doing the work of domestics, even if they were well educated. 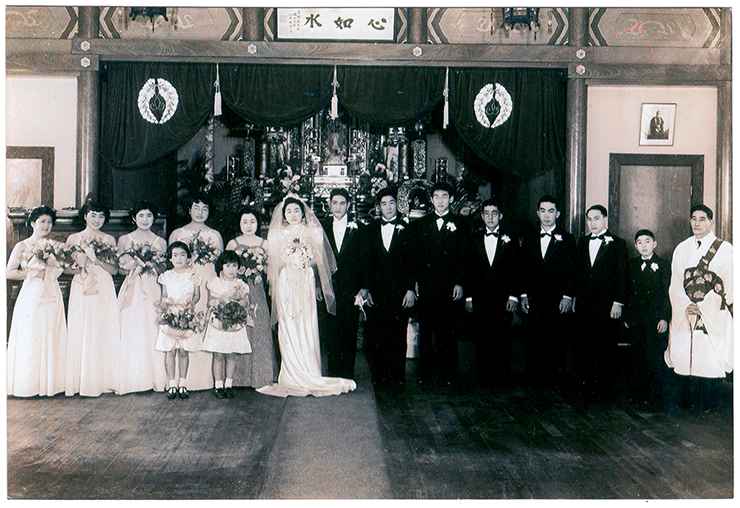 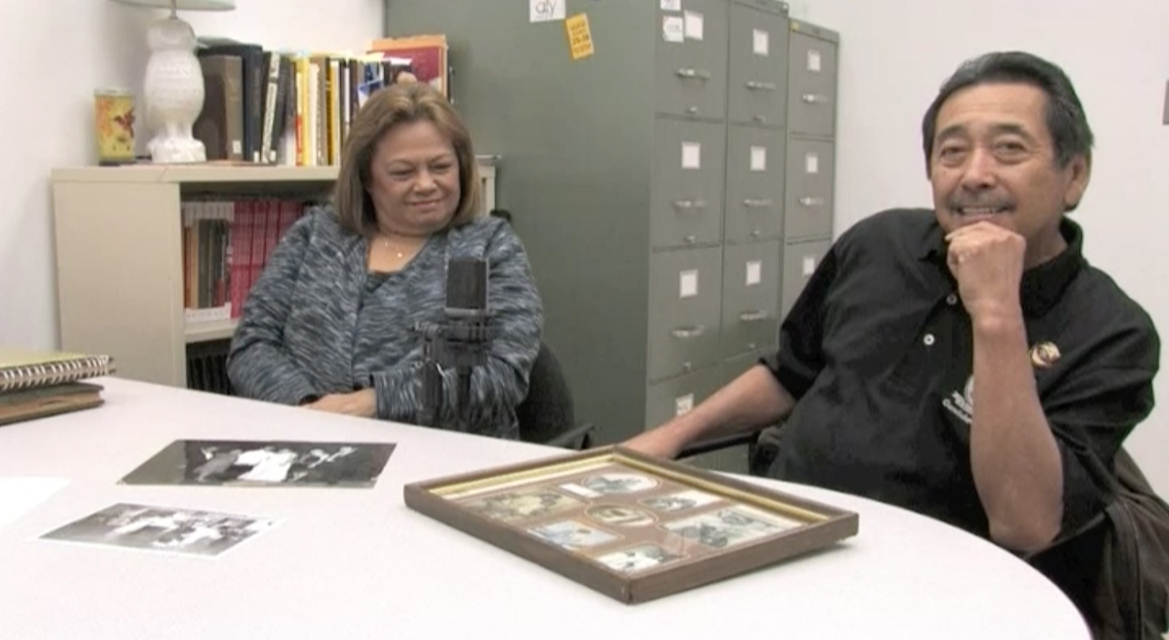 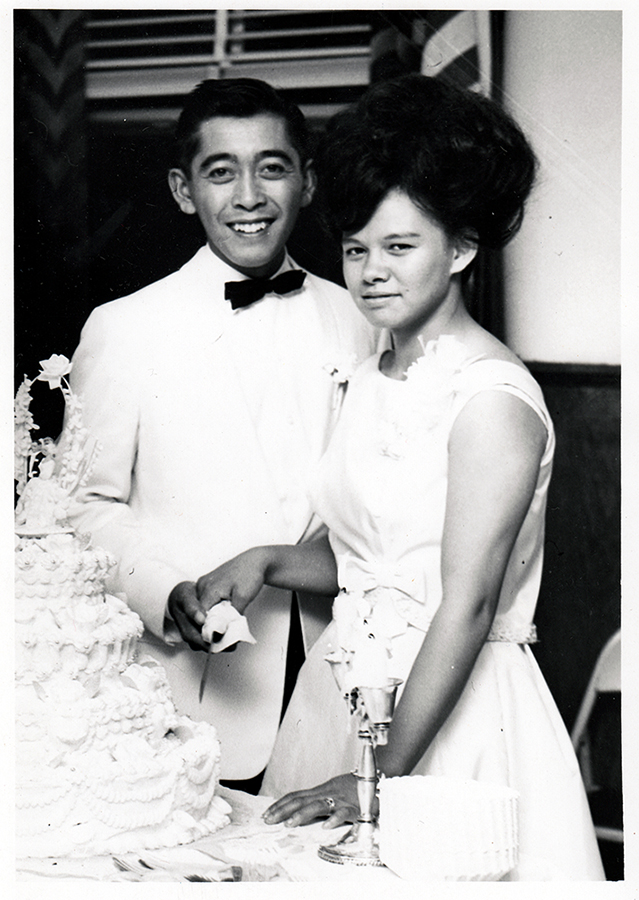 Ronald Edar served as a Marine during the Vietnam War. During his interview for the Re/Collecting Project, he discussed the importance of letters while he was on his tours of duty. “The letters kept us going in Vietnam. If you didn’t get any mail, you’d just sit there worrying about what’s going to happen to you next.”

Archival photograph. Ronald and Violeta Edar at their wedding reception in Daguhoy Lodge of the Legionarios del Trabajo in Stockton, CA. Ronald had to return to duty immediately after his wedding, 1966. Courtesy of Ronald Edar. From the Exhibit “Objects of Affection.” Robert E. Kennedy Library, Cal Poly San Luis Obispo, California.