ABOUT THE BUILT ENVIRONMENT PROJECT 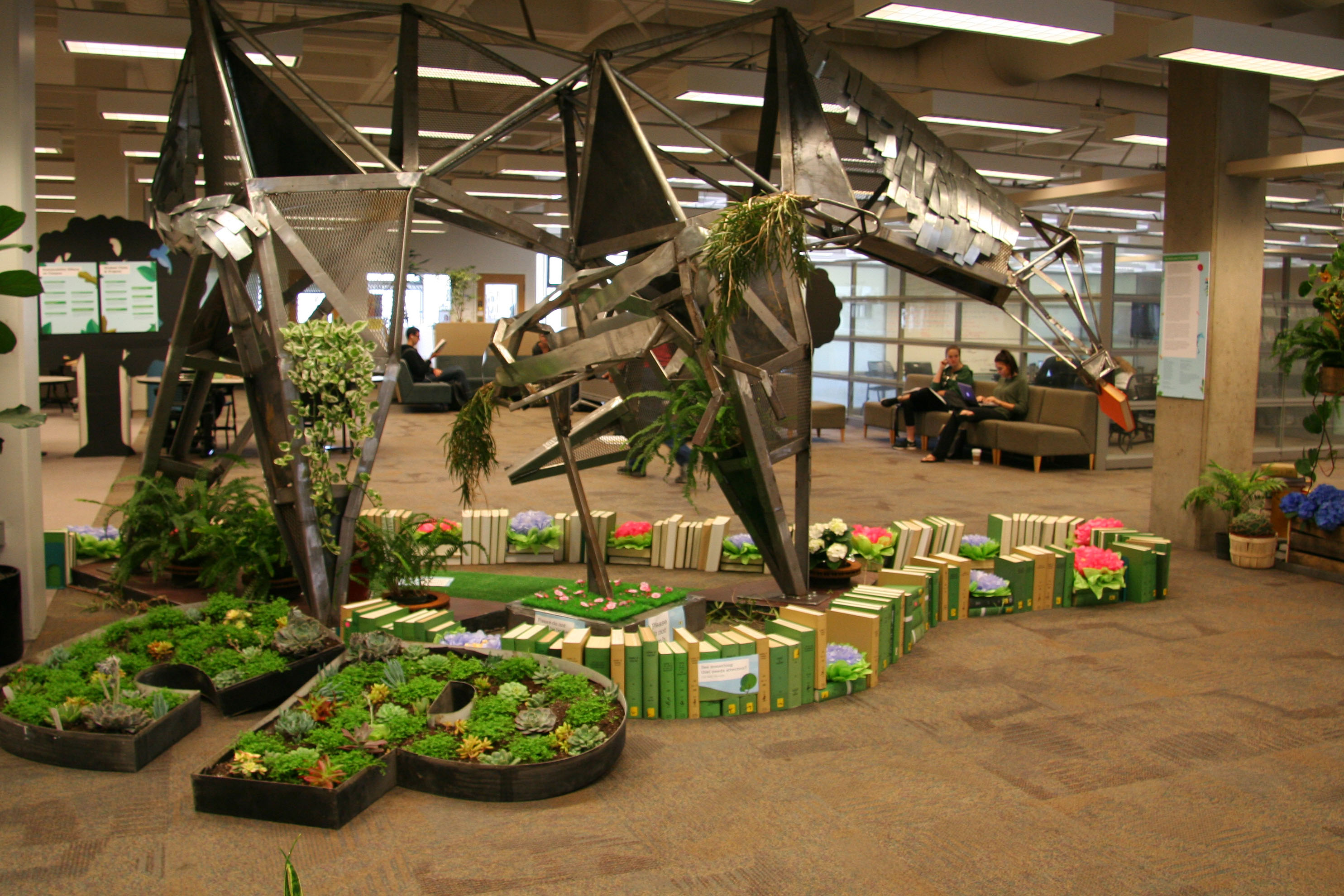 What is the Built EnvIRONment Project?

The Built EnvIRONment Project is an interdisciplinary approach to reinterpreting the iconic Cal Poly Mustang. The project began with artist and Cal Poly alumnus Ivan McLean’s offering to collaborate with Cal Poly students to design a sculpture. McLean is most recognized at Cal Poly for his design of the trio of spheres located in front of the Performing Arts Center.

To answer this call, Architectural Engineering professor Dr. Craig Baltimore led a senior project team of twelve students from Architectural Engineering, Architecture and Art & Design in their work with McLean to design and construct a sculpture out of reclaimed metal. The project’s purpose is to emphasize sustainability in the built environment. An interdisciplinary team was formed in January 2016 to accomplish a shared vision of artistic design, structural stability, and construction all within a very short time frame. The group received donations and sourced on-campus reclaimed materials, ranging from wine barrels to trucks of scrap metal and everything in between.

Early concepts for the sculpture experimented with various types of metal skin techniques to define the horse, different formations to display an active stance, and ways to balance the mass of the horse, allowing the team to explore a wide range of possibilities. One unique idea was to experiment with angles so that from one side the viewer would see a horse form, and from another a human form. After weeks of exploring different ideas through models and sketches, the group decided to create a large mustang and a smaller foal. The large mustang consists of a space frame structure surrounded by a metal skin which distributes the load over three points, along with a secondary smaller foal that is “playing.” These designs were chosen for their structural engineered aspects, while also conveying the horse form —all with an eye to constructibility.

Students took welding classes to enhance their fabrication skills so that the main form could be reinforced structurally. They crafted the skeletal forms of both structures and invited artist Ivan McLean to help aid in the final “skin formation” of both horses. The sculptures were moved to the second floor of the Robert E. Kennedy Library for temporary display and inclusion in the “Living Library” exhibit. To make this possible, the students designed the sculptures in several pieces that were bolted together on site in order to maximize the scale of the project.

Where is the sculpture now? 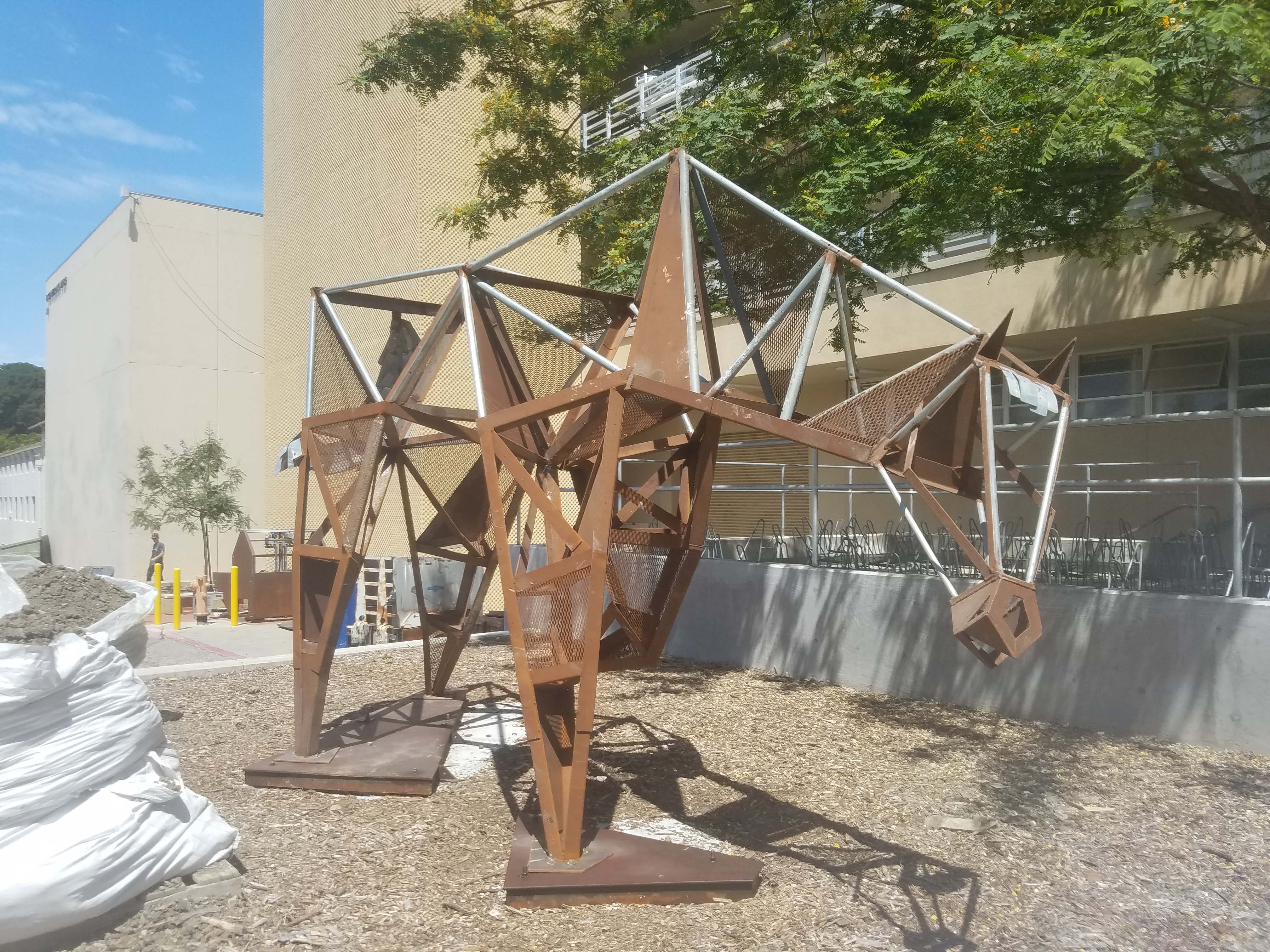 A real life experience (learn by doing) where the students can gain actual experience in:

What the students learned about Impact Project Delivery: 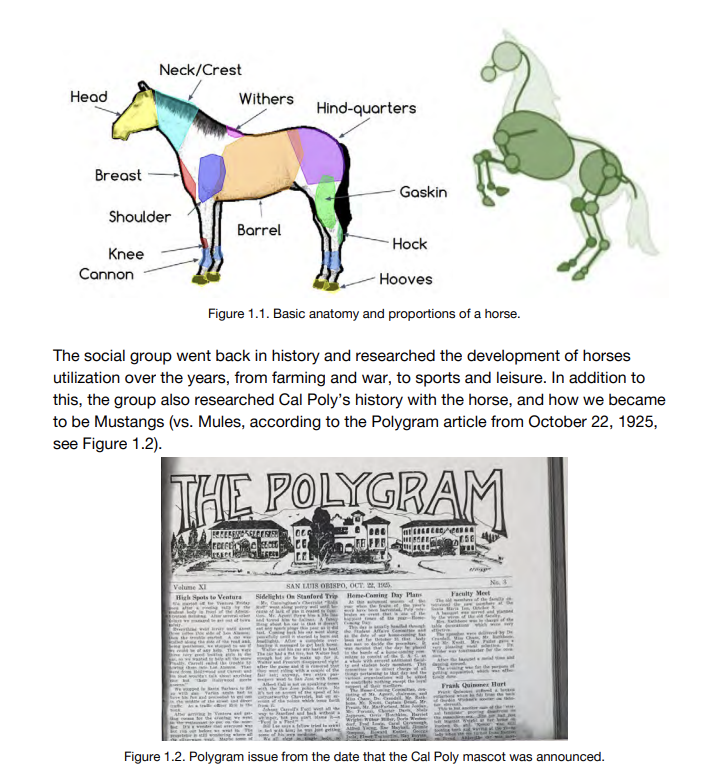 Three senior projects were produced to support the exhibit and installation and served as a capstone experience with high-impact educational practice in which all of the students were able to integrate and evaluate the knowledge and skills gained in the design-build process. Click on the links below to access and read the senior projects:

The Built EnvIRONment
The Mustang Sculpture
“Rusty” the Mustang